During its first 18 months, the founders of a Greensboro-based business jet fractional ownership company Jet It acquired and put into service six HondaJet Elite aircraft manufactured by their prior employer, PTI-based Honda Aircraft Co. (NYSE: HMC).Delta’s CEO Ed Bastian has said it could take 2 or 3 years for business to bounce back. Meanwhile, airlines are rerouting flights away from business hubs. However, as safety increases with vaccination rollout, those business travelers will be itching to get back to business as usual. While the lasting effects of COVID-19 will be felt for years, here’s how travel will change for suit-wearing jet setters.

Over the next year-and-a-half, Glenn Gonzales and Vishal Hiremath will nearly triple their fleet, having placed an order for 10 more HondaJet Elites, the first scheduled for delivery in August. Jet It co-founder and CEO Gonzales said the air travel fallout of Covid-19 — both in perceived safety and availability of commercial air travel — is playing no small part in driving the growth of the company’s fractional ownership business. It’s having a similar effect on the second phase of its business model, JetClub, which Hiremath, president of Jet It, will oversee.

The pair are more than entrepreneurs in the private aviation space. Gonzales and Hiremath are also each licensed pilots. Gonzales flew F-15 fighter jets in the U.S. Air Force, retiring as a Lt. Colonel, and Hiremath has more than 16 years of experience in private and business aviation.

Not only is Jet It expanding its fleet, it has also grown its workforce.

With offices in downtown Greensboro, the company has added 10 direct employees and contractors who will be based in locations across the country. Where the new planes will be based will depend on demand, some assigned to JetClub in the U.S. and Canada and others to the fractional ownership clients.

Customers, Gonzales said, are coming to Jet It because of the reliability private air travel provides, and the affordability of not having to purchase an entire aircraft. Health security is also a key factor.

“When coronavirus really started to shut down the country, one of the first things that we did was partner with a local company, Latitude Aero, to help us learn how to disinfect and clean our airplanes,” Gonzales said. “Recognizing that our owners are business leaders who, in most cases, own their companies, they will need to try to generate revenue. We wanted to make sure to start by taking care of the airplanes and making sure that we’re providing as sterile and as healthy of an environment as possible.”

About a month after the pandemic-related shutdown of air travel, Jet It saw an uptick in operations, followed by growing interest in both its fractional ownership and JetClub membership models. That prompted the growth in staff and the capital investment — upwards of $60 million — in aircraft.

“Commercial airlines and social distancing don’t mix well, and the airlines have not been able to generate revenue from the business travelers,” Gonzales said.

With its fractional ownership model, Jet It is built upon private investment in each plane. Owners pay fixed, shared monthly expenses. Cost to fly is about $1,600 per hour, which Gonzales said is two to three times less than competitors in the space, thanks to the efficiency of the HondaJet Elite.

The planes hold up to five passengers and two crew. Jet It takes no markup on the capital investment of its fractional owners. It earns revenue when the planes are not in use by offering them to the on-demand market. The company does not charge for concierge services such as arranging hotel and restaurant reservations, or securing sports and entertainment tickets.

With a base price of $5.25 million, a fully optioned HondaJet Elite for Jet It costs about $6 million. When its order of 10 is fulfilled, Jet It will become Honda Aircraft’s second-largest single customer behind Hawaii-based Wing Spirit, which has ordered 15 HondaJet Elites.

Three of the Jet It’s planes are pre-owned. The other 13 will be factory direct. That fast growth has left an impression on Honda Aircraft President and CEO Michimasa Fujino.

“Jet It has created a new market opportunity by maximizing the uniqueness of the HondaJet to provide a first class experience for their customer base,” Fujino told Triad Business Journal. “We are excited to expand our relationship as we look forward to the future.”

That future, Fujino added, looks to include a growing number of boutique airlines and private aviation providers such as Jet It.

“We believe that the HondaJet Elite will continue to garner interest among a diverse customer base, including private individuals as well as charter and fractional operators,” Fujino said. “The Covid-19 pandemic has only hastened the shift to safer and more sustainable modes of transportation, and the HondaJet Elite continues to provide an innovative solution to these long-term changes in our lifestyle.”

Just as Covid-19 has raised awareness of the advantages private aviation provides, it has accelerated Jet It’s business models. Gonzales said it has accelerated the company’s closing cycle with new owners who can purchase up to a 50% share of the aircraft.

Shares can be as small as one-tenth with increments of one-sixth, one-fifth, one-fourth and one-third. Different from most fractional operators, Jet It uses days rather than hours in its accounting. One-half share, the largest, equals 130 days of use. 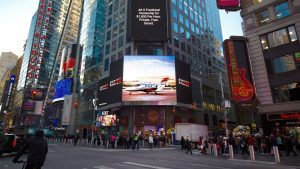 The impact of Covid-19 on air travel is increasing sales of shares.

“I think it’s definitely accelerated our model. It’s compressing the closing cycle. There are more people who were may have been on the fence previously but now they are making up their minds a lot faster,” Gonzales said. “We consider ourselves on the leading edge of the evolution of transportation. When you have the ability to have a more efficient, autonomous means of travel, people naturally gravitate towards it.

With Jet Club, Gonzales said the company has created a business model in a market with pent-up demand for that same level of autonomy.