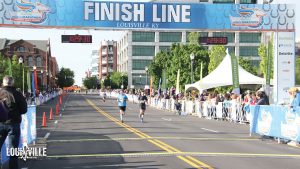 The Humana Kentucky Derby Festival is a four day event that includes a half marathon and full marathon. The half marathon will be split across the entire four days, while the full marathon occurs on April 24th only. Currently, registration is still open for the half marathon at $65 per participant. Because this event is the most popular running event in the state each year, the organization is taking additional precaution to protect participants via scheduled and staggered start times. The course has been adapted from last year to allow runners additional space, and will include self-serve water access, time tracking, and start and end support along the route. The Humana Kentucky Derby Festival occurs one weekend before the Kentucky Derby, which will be held on Saturday, May 1 this year. 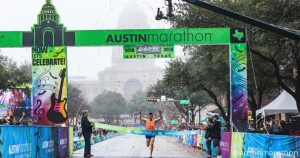 The Ascension Seton Austin Marathon is a one day event which includes a half-marathon, 5k, and one mile run. Currently, registration is still open for the half marathon at $159 per participant. This entire event will include precautions to protect participants by scheduling and staggering start times, reducing density by 88%, and eliminating spectators from gathering in groups. This running event is special because it will wind you through some of the city’s most revered landmarks like the “I Love You So Much” mural and the UT Tower. The route continues through iconic neighborhoods including Hyde Park and the SOCO district, then will end right in front of the Texas State Capitol building. The Ascension Seton Austin Marathon includes live music along the route and celebrations at the stop line will commence with a downtown concert. 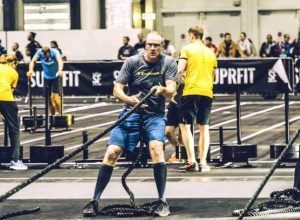 If you’re looking for events that challenge multiple fitness skillsets, HYROX is a  competition for everybody from amateurs to pros. The events are a one kilometer run followed by a functional exercise which repeats eight times. Some of the functional exercises include a sled pull, sled push, farmer’s carry, rowing, and more. There are divisions for men, women, and teams of two. For instance, if you opt for a double’s division with a partner or friend, you can delegate the functional exercises based on individual strengths and tag team to win the competition.

The next three events available in 2021 occur in Austin, TX on May 22, Orlando, FL on June 5, and Chicago, IL on June 26. While the HYROX events are held indoors in a large space such as a warehouse, the organization has redesigned the competition’s layout to accommodate for at least six feet of distance and is aligning with standard CDC guidelines. HYROX delivers a fresh approach to fitness competitions and is gathering participation globally from fellow runners, triathletes, and general fitness buffs.