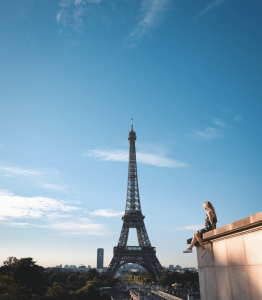 One year ago, John Machacon dropped to one knee at the Eiffel Tower and asked his girlfriend if she would spend the rest of her life with him. The secretly planned trip to Paris and the proposal were a complete surprise, and she said yes!

Now, there’s a third surprise, because the story of the proposal just won the newlyweds a trip on one of Jet It’s private jets! They get to fly round-trip to one of their favorite American cities for free.

Upon launching the contest in 2019, Jet It teamed up with Berry to challenge his one million Twitter followers to tweet their most memorable travel experiences with #JetItContest. Thousands of applicants submitted entries, but Machacon’s story scored the highest for originality and creativity. 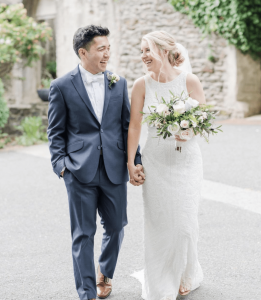 Machacon planned the entire trip to Paris and his proposal without his future wife finding out. With weeks of planning, he secretly got her off work and found her passport at her parent’s house. She didn’t know she was leaving the country until they arrived at the airport, and she didn’t know the trip to Paris would also include the romantic proposal Machacon so meticulously set up in front of the Eiffel Tower. What’s more, he video recorded his entire secret mission in a way that captured a sense of adventure and romance to wow the judges in all categories.

We are grateful for all of the Jet It contest tweets,” said VP of Strategy, Dr. Akir Khan. “All the entries were creative, but John’s video and photos of his romantic and breathtaking surprise proposal was both heartwarming and flawlessly executed. Jet It is always focused on making impactful, life-long memories for our owners and passengers.”

Machacon found out about this contest through Berry’s popular podcast. Machacon is an avid fantasy football player and has been a fan of Berry for years. On top of listening to Berry’s podcast, Machacon also watches his weekly television show, reads his weekly column, Love/Hate, and uses Berry’s expertise to make the best decisions on his starting fantasy lineup each Sunday. 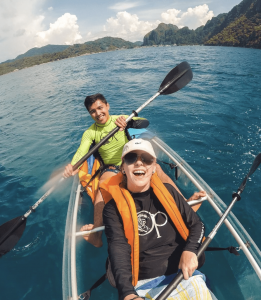 The private jet trip for two, however, is no fantasy! Now Machacon is faced with the task of choosing a destination for him and his wife in the pursuit of making more life-long memories.

Since Jet It can land in smaller non-commercial airports as well as major hubs, their owners enjoy much greater freedom of travel. With private aviation, owners bypass the usual TSA lines, delays, and inconvenience of flying commercial.

The primary purpose of the Jet It business model is based on making private jet travel accessible. Through fractional ownership and charters at an affordable cost, Jet It is making private travel a reality for more and more people every day.