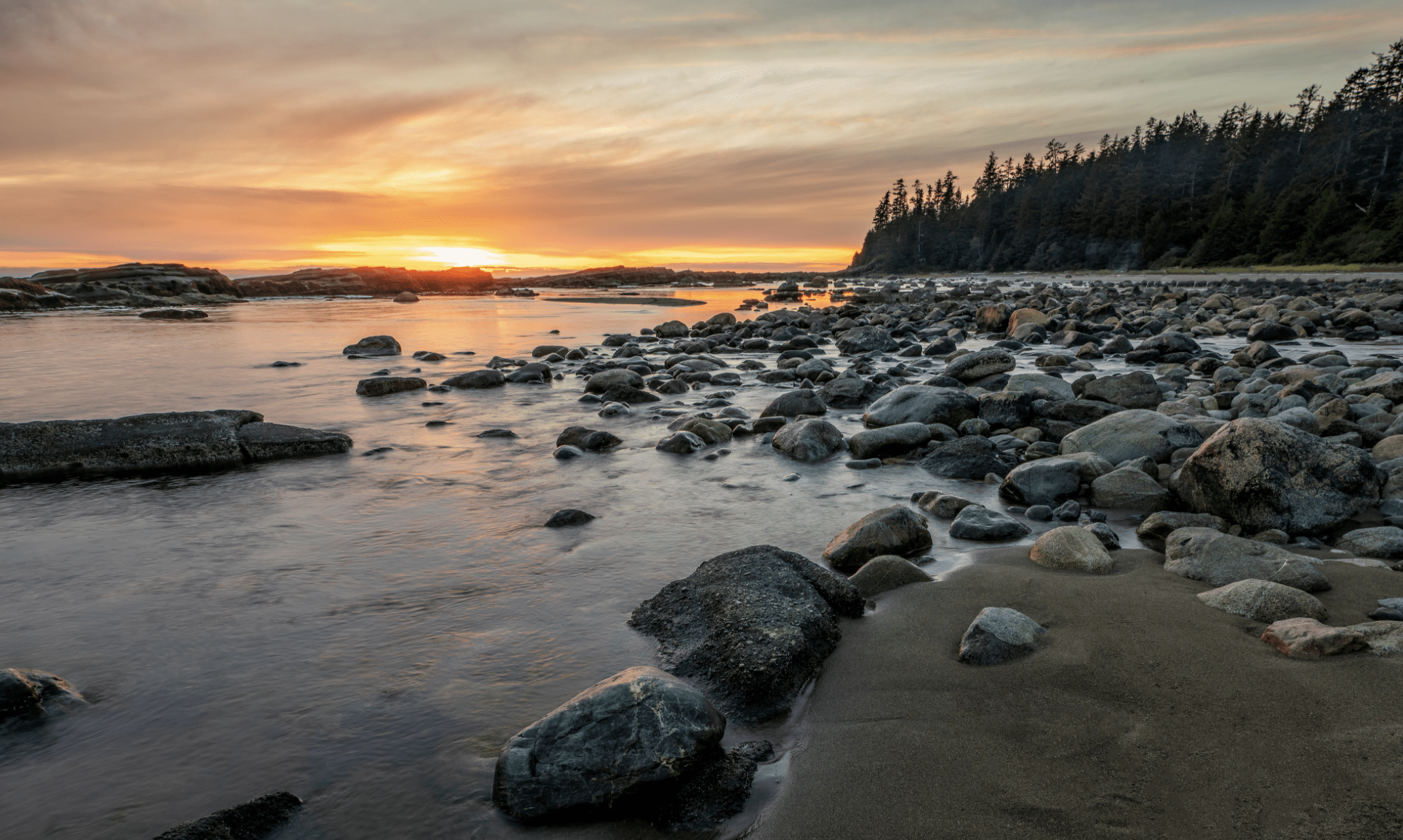 When you think of the ocean, like most people, you probably think of a tropical beach with, drinks in a cored-out pineapple, and palms swaying in the breeze. You probably don’t think of New Brunswick, Canada, tidal bores, and breaching whales.

This week, we’re highlighting a beach adventure unlike any other and going out to Moncton, New Brunswick to visit the Bay of Fundy. Why? Because Moncton’s location grants you the opportunity to watch migrating whales, see the world’s most dramatic tides, and taste the best seafood the Atlantic has to offer. For ocean-lovers seeking adventure all within a day’s drive from the city, Moncton is an ideal getaway. 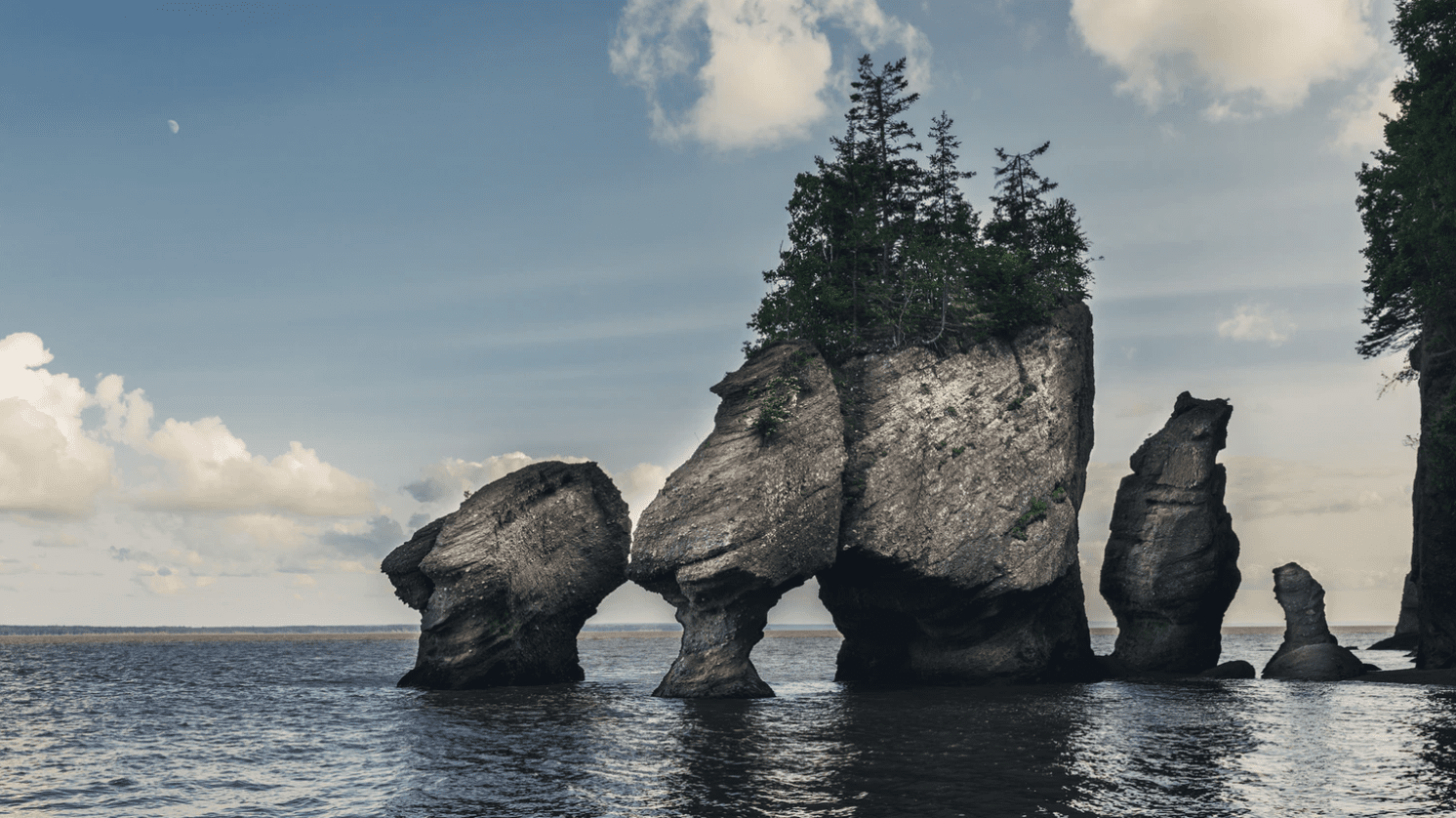 Located on the shores of the Bay of Fundy, Moncton is the largest urban center in New Brunswick. Nevertheless, some of the world’s most dramatic tides occur right in the city’s downtown. In fact, the Bay of Fundy is one of the Seven Natural Wonders of North America and is home to the highest tides in the world.

A tidal bore is a large wave caused by the funneling of a flood tide as it enters a narrow inlet. This geographical phenomenon greatly alters the land around it for a short time.

From the aptly named Tidal Bore Park, viewers can watch a muddy riverbed become a surging 7.5-meter-deep river. That’s over twenty feet of change in water depth in under an hour. The bore enters the Petitcodiac estuary as a meter high wave, swells it into a broad lake, and covers the nearby mudflats and salt marshes. The whole event has a dreamlike, otherworldly quality and gives viewers an intimate look at the awesome might of the ocean.

Best of all, the park features a clock that shows when to expect the next bore making it easy to plan a quick visit during your stay. 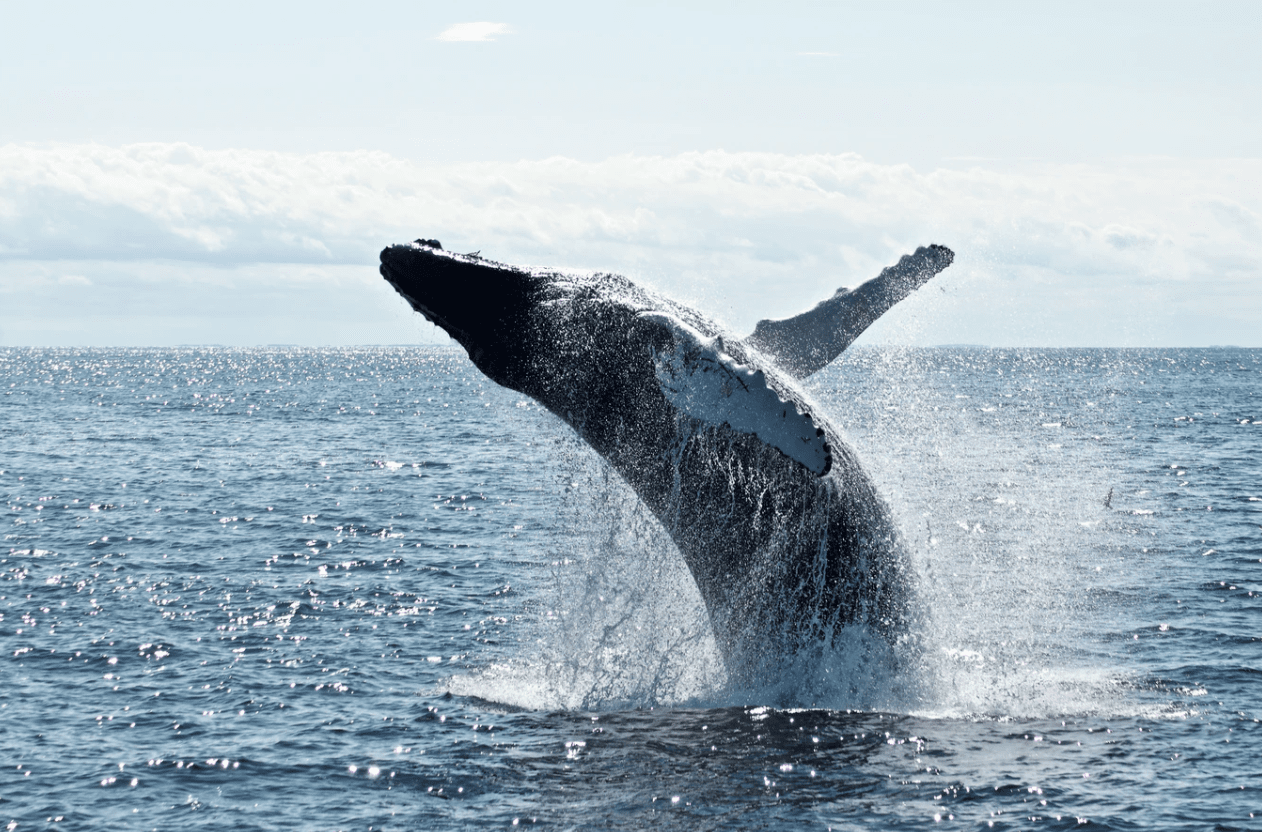 Summer grants visitors the amazing opportunity to view migrating whales feed in the Bay of Fundy. From May to early September, the bay welcomes massive fin whales, humpbacks, smaller minkes, and the once-endangered right whale.

Since the Bay of Fundy is such a rich feeding ground in the summer, you’re likely to see several, if not all four, types of whales, including the very rare right whale. In fact, the Bay of Fundy is one of the few places where humans can see this elusive whale. The best days to see whales are sunny and warm, so be sure to keep an eye on the weather when booking your excursion. If you want to get a look at the right whale, your best bet is to book a trip in early September to Mid-September.

Taste the Best of Atlantic Canada 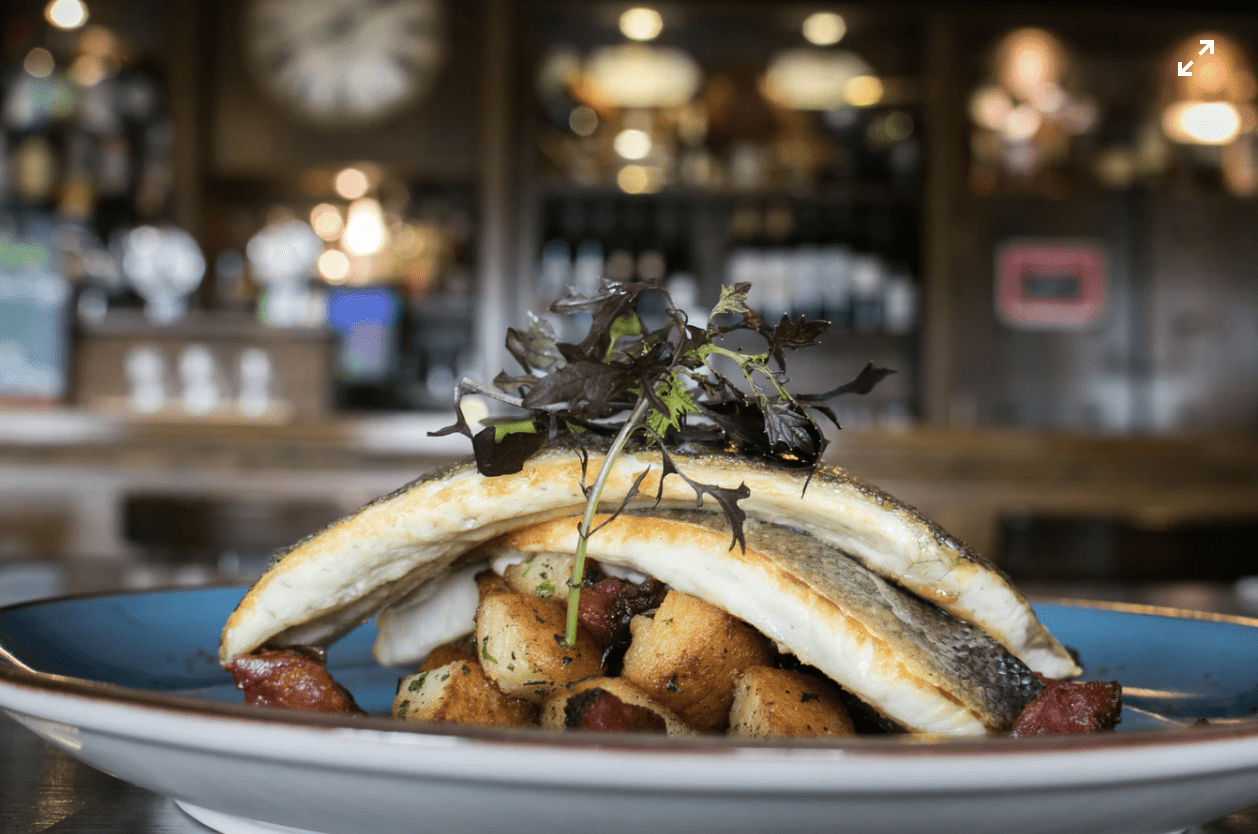 It’s not all big whales and bigger waves; Moncton is home to one of the best dining scenes in eastern Canada. Restaurateurs in the area have taken to experimenting and adventuring with the abundance of seafood and produce in the area to create some truly unique dining experiences.

No trip to Moncton would be complete without visiting Little Louis’ Oyster Bar. The menu offers innovative creations from one of Canada’s brightest young culinary artists, Chef Pierre A. Richard. Seafood connoisseurs will be delighted by the sea bass, yellowfin, and of course the oysters, but the lamb also comes highly recommended. What makes the restaurant’s menu so unique is that many of the offerings are made from locally sourced ingredients. In fact, Chef Richard can be seen foraging the fields, marshes, and forests nearby, gathering ingredients for his recipes.

While Moncton won’t offer tropical drinks or steel drum music, it possesses a unique cultural flavor. Its proximity to the Bay of Fundy provides the opportunity to see and taste things you can’t anywhere else in the world without having to venture to the ends of the earth. The city’s comfortable atmosphere means you’re as close to a five-star restaurant as you are a pod of feeding right whales. Where else can you say that?