Nestled on the southern coast of North Carolina at the mouth of the Cape Fear River is one of the east coast’s most historic and overlooked cities. Wilmington, North Carolina is known for its rich history and folklore as well as beautiful beaches. We’re going to uncover why Wilmington is a hidden gem for history buffs and cinephiles.

1. See America Through the Ages

While the Cape Fear River, named for its rough and intimidating waters, was discovered by Verrazano in 1524, the city of Wilmington was not founded until the early 18th century where it served as one of the American colonies’ main seaports. In fact, the city had a major role in the American Revolution. The battle of Moore’s Creek Bridge, also known as the Lexington and Concord of the South, occurred just twenty miles outside of the city in 1776. A few years later, in 1781, British forces occupied the town. The events are recounted in-depth at the historic Burgwin-Wright House and Gardens. Visitors will want to book a Friday evening tour to explore the many antiques and rarities held in this historic home.

During the Civil War, Wilmington was the site of Fort Fisher, the last Atlantic Coast port for the Confederacy. On the 15th of January 1865, the Federal Navy launched the largest naval bombardment of the 19th century on the fort, ultimately capturing it. The best way to discover Wilmington’s history during the Civil War is to take a horse drawn tour through the oldest neighborhoods. Tour guides will share bits of history and point to the many registered historic homes while you ride along brick streets beneath Spanish moss listening to the steady gait of horses’ hooves. 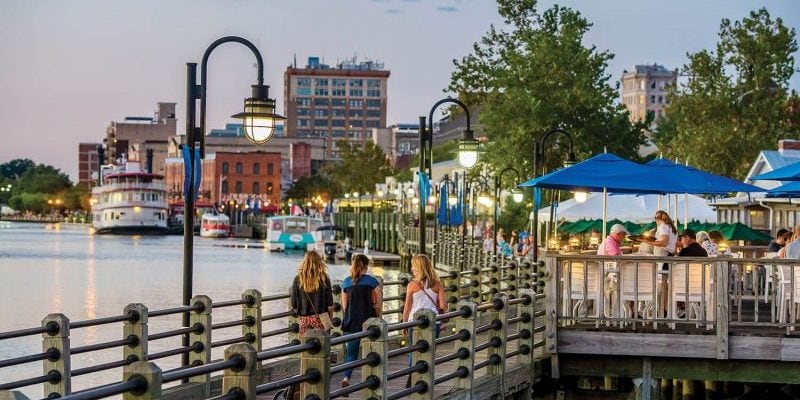 Wilmington also has ties to America’s involvement in WWII. The city serves as the port for the U.S.S Battleship North Carolina. This refurbished WWII battleship is now a museum and memorial to the 11,000 North Carolinians who died in battle. Visitors can go on self-guided tours through the battleships nine levels of living quarters, mess halls, decks, gun turrets, sickbay, and more. The observation deck provides one of the best views of the historic riverfront and should not be missed. Just lookout for the alligators that make the waters around the battleship home! 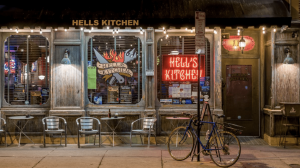 Due to the blend of unique architecture, beautiful beaches, idyllic riverfront, brick streets, and Spanish moss, Wilmington has attracted countless television and film producers. From the teen drama, Dawson’s Creek, to countless Nicholas Sparks films, and even critically acclaimed cult pieces such as Blue Velvet and Empire Records, Wilmington has been a staple for American cinema. In fact, the recent horror film Halloween Kills, released just this year, was filmed in the eerie gothic streets of Wilmington. We’re willing to bet you’ve seen it on your home screen before and didn’t even know it!

One of the best ways to explore the various film sites of Wilmington is on a self-guided tour. This list highlights the biggest spots to hit. This tour will take you along the historic riverfront, where many of the best restaurants sit, through the heart of downtown, and to some of the best beach bars in the city. True cinephiles will have a blast seeing their favorite locations from iconic films and television series.

Wilmington features numerous small shops along the riverwalk and through the streets of downtown. In fact, other than a pharmacy or convenience store, you’ll be hard-pressed to find a major chain in the heart of the city. It’s clear the city has taken great strides to preserve its identity has a haven for boutiques which is a big part of the charm and culture. 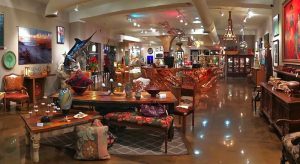 While there are shops along all the streets in downtown, the largest collection of independent stores in one area is in the historic Cotton Exchange. Over a dozen shops, from craft jewelry stores to clothing stores and art galleries, all sit in this historic district. Best of all, parking is free while you’re shopping and dining so it’s easy to come visit for the whole day. While shopping, you can even take the Wilmington Walk of Fame to sites honoring celebrities such as Charlie Daniels, Altheea Gibson, and David Brinkley.